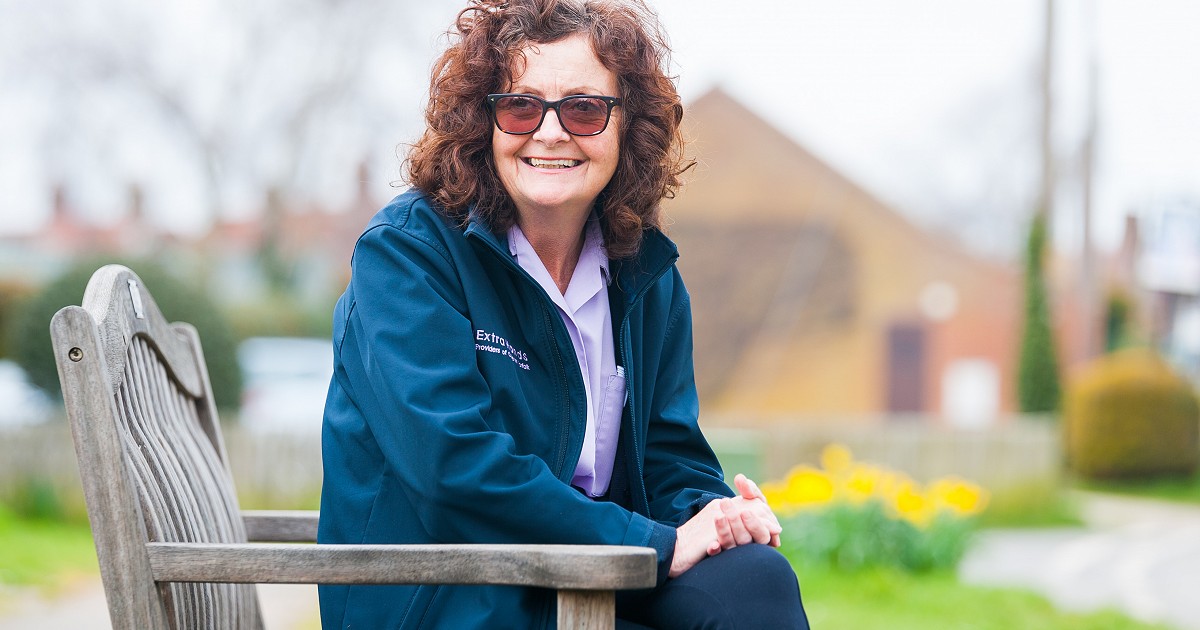 Carer Lorraine lights up the airwaves

Radio listeners across Norfolk got to hear about the great work done by Extra Hands carers when one of our recent GEM award winners, Lorraine Childerley, spoke on the BBC Radio Norfolk Breakfast Show about her award and life as a carer.

Lorraine, who lives in Holt and works out of the Broadland office, spent many years working as a carer in Essex before joining Extra Hands two years ago, and told presenter Chris Goreham about how much she loves the job, how it has changed in recent times, and how it felt to be a winner, having been nominated by service users.

“I was really surprised,” she said. “I know in my everyday work that people appreciate the work I do and the care I give, as they often tell me so, but it’s really nice that they put pen to paper or pick up the phone and do something about it, to acknowledge it in another way.”

During the upheaval of the pandemic, Lorraine said a lot of things in her job had in fact stayed the same, but there were also new ways in which she was able to care for people.

“You have to reassure the people you’re seeing, as many of them are vulnerable or shielding so when you go in, you’re bringing a bit of the outside world in through conversation, but you also have to protect them,” she explained.

“I love my job because every person is different and you have to do different things, so no two days are the same, and it’s great when you walk away and they tell you how much difference you’ve made, and say things like ‘what would I do without you’.”

One of the smallest things that made the biggest difference, she revealed, is companionship and conversation.

“People love to talk about everything and anything – the weather is always a big topic of conversation, as they can see how it is outside, but they can’t feel it,” she said. “They want to know who you’ve seen and spoken to, and what’s going on in town.

“Some of the care users are in a bubble, so they have family to visit them, but for others, without us visiting, they’d be totally on their own.”

Lorraine has received several GEM nominations since the awards were launched last year.

“Lorraine goes beyond the call of duty… she does anything to help me out, I would have her everyday if I could and I would vote for her 1000 times,” said one of her recent nominations.

“My friend has never had a carer like her before,” said another. “Lorraine is a fantastic carer, who goes an extra 10 miles, she is kind, never impatient and anticipates my friend’s needs.

“Her family tell me Lorraine keeps the house spotless, and she doesn’t know how Lorraine manages to fit everything in, but she never feels like she is being rushed. Lorraine really does shine above the rest.”