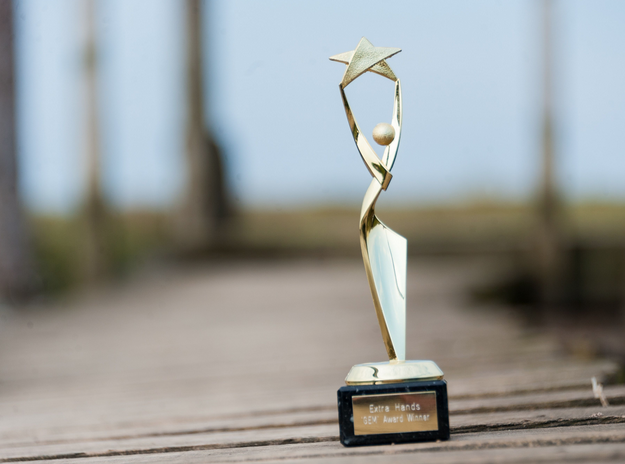 Congratulations to our latest GEMs

At Extra Hands we know we have the best, most hardworking and dedicated care workers around, but it’s always nice to get a second opinion on that from the people who know them best – the care service users.

It was with this in mind that we introduced the GEM awards, a quarterly opportunity for service users and their families to nominate their favourite carers who go the extra mile to give them the quality of life and home care that Extra Hands allows them to enjoy.

We pick a winner from each branch, and following the latest round of nominations, our latest GEMs are Lorraine Childerley, from the Broadland branch, and Debbie Underwood from our Heacham office.

Don’t just take our word for how special these two are – look at the words of the people who nominated them.

“Lorraine goes beyond the call of duty… she does anything to help me out, I would have her everyday if I could and I would vote for her 1000 times,” said one.

“My friend has never had a carer like her before,” said another. “Lorraine is a fantastic carer, who goes an extra 10 miles, she is kind, never impatient and anticipates my friend’s needs.

“Her family tell me Lorraine keeps the house spotless, and she doesn’t know how Lorraine manages to fit everything in, but she never feels like she is being rushed. Lorraine really does shine above the rest.”

Debbie also received glowing praise. “If the world had more people like Debbie, it would be a far better place,” said one of her nominations.

Her dedication to duty even during the recent snow was also picked out. “Debbie lights up my life with her cheerful soul. She is gentle, patient, kind and very funny,” the nomination read.

“She lifts my spirits on a bad day, is supportive and understanding about mental health and no task is too small for her.

“Even the rough weather doesn't stop Debbie turning up for work,” it continued. “When her car got stuck in the snow, her first thought was for her clients, getting to her first client on time and making sure that they were okay.”

Congratulations to our two extremely deserving winners, and well done to the many other carers who did so much to impress their service users, and were nominated.

Your hard work not only has a huge impact on the lives of those you look after, but helps Extra Hands maintain its award-winning standards and reputation.