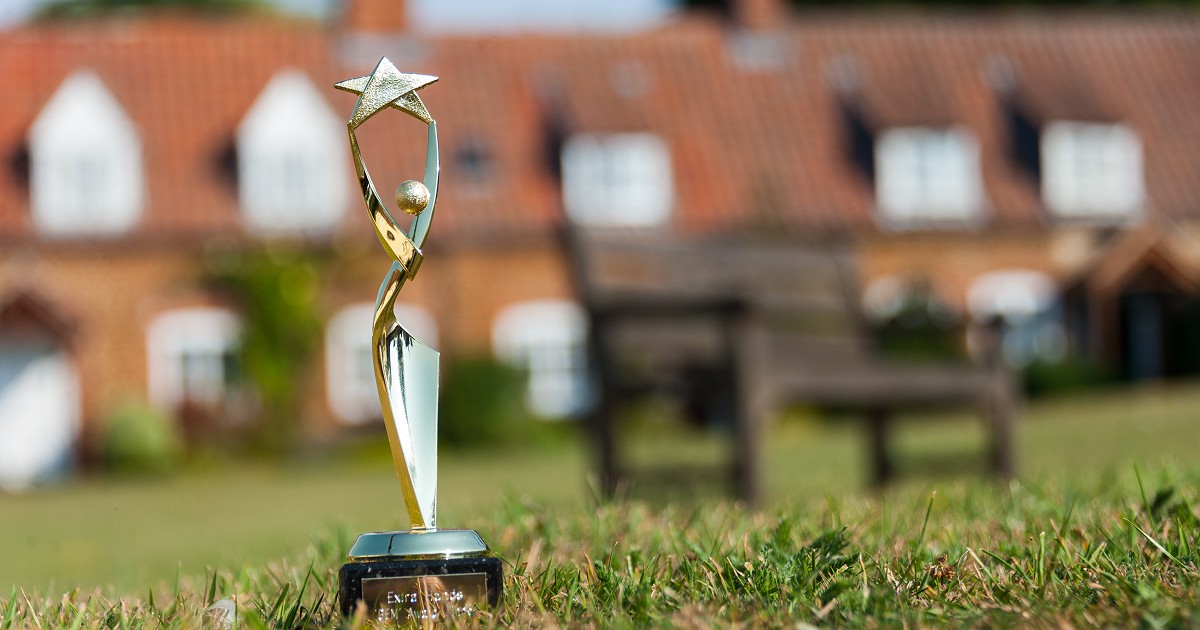 Dedicated care from our latest GEMs who shine in their role

At Extra Hands our dedicated team go above and beyond to deliver the highest quality care - whether they have been with us for years or joined us more recently.

This is shown by the winners of our latest GEM awards, which stands for Going the Extra Mile, and gives service users the opportunity to thank their favourite carers.

Hayley Handley-Hicks, who works from our Heacham office, joined the team at Extra Hands less than a year ago, but has already won an award for her calm and efficient manner.

The winner from our Broadland office Kate Davis, has worked with us for nine years and was nominated for being “cheerful, friendly and approachable”.

Hayley’s name was put forward by a service user, who told how he had been trying to put socks on when he slipped from his chair to the floor, knocking over a table on the way.

Unfortunately he could not reach help through an alarm unit upstairs and his family members were unable to answer calls.

He said: “I was laying on the floor unable to get up, thankfully my carer Hayley arrived and surveyed the chaos before making sure I was unhurt and lifting me onto my chair, saying rest while I sort this out which won’t take me long.

“I was very impressed, I had never been so pleased to see someone who had quickly assessed the situation and calmly and efficiently sorted my mess out, for which I was most grateful and which reflected well on your organisation.”

Hayley took on her role in March last year after previously working in residential care and caring for a family member.

The 36-year-old said she made the switch to care at home as it offered a more ‘person centred’ approach.

She said: “It’s about doing those little things that make people feel better.

“It is you turning up to a call with one of your regulars and them being relieved that it is you, that you know what you are doing and what they like.

“It is rewarding when they say ‘I am so glad you are here’.”

For Kate, the reward of her job as a carer is being able to ‘put a smile on people’s faces’ - especially at times like Christmas Day.

Her nomination came from the daughter of a service user, who wrote: “She is very much in tune with mum’s needs regarding her dementia and has no problems dealing with mum, despite mum being stubborn and difficult sometimes.

“Occasionally mum has days when she does not want to get out of bed. It can be difficult to persuade her despite lots of encouragement.

“But when this happened recently at one of Kate’s morning calls she persevered with mum, took her breakfast in bed and this gentle, calm approach eventually led to Mum

agreeing to get up, washed and dressed.

“An amazing turn around from the stubborn attitude Kate was initially faced with.”

Kate, 41, who has been a carer since she left school, said she was “shocked and pleased” to have won the GEM award.

She said: “I was really shocked when I got told and really pleased about it as well.

“I have worked in care for a long time and I love caring for people, I love making a difference to their life.

“Some people don’t see anyone from day to day apart from the carers and it is nice to be able to help them.

“It is a lovely feeling to know you have put a smile on someone’s face and you have helped them with their daily living and made a difference to their life.

“It is very rewarding, I love it.”