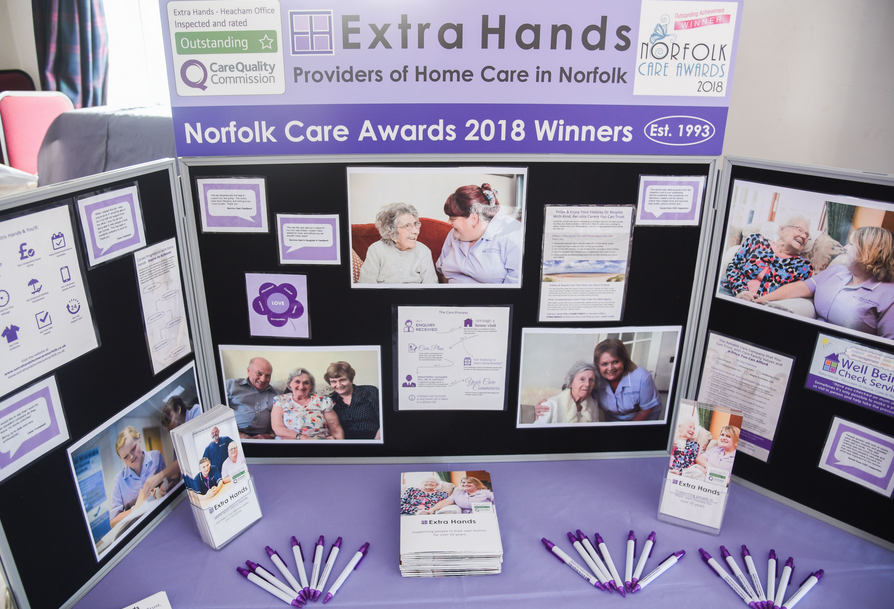 Marion Ashton is Extra Hands’ longest serving carer, having joined the organisation in May 1999.

“For years my career was in catering, working as a chef, but that all changed when my partner became seriously ill and I was his carer for the last six months of this life. One of the nurses I met saw how I was doing it and said to me ‘you’re in the wrong profession, you should be doing this as a job’ and that was what inspired me to become a carer.

“I’d seen a few other places but the first time I saw Extra Hands, straight away, I thought the place was absolutely brilliant – I got so much of a positive impression from them than I did from others I’d seen.

“My previous caring experience really helped me to get settled in. Before, I’d been having to work things out for myself, but once I was actually being trained, that made adapting to the job so much easier. I was taught things like the proper way to help move a patient, whereas previously I’d been having to try and work it out for myself – being taught made so much difference. With my previous experience, I’d been chucked in at the deep end, but this time, before I started doing the job professionally, I was given a really good grounding.

“One of the biggest changes I’ve seen over the years is the number of organisations that are out there doing this kind of work, but what’s special about Extra Hands is that they’re such a good bunch of people to be around, and they really value their staff. If you come across a problem, you’re never on your own, you’ve got such a big support network.

“What keeps me going after nearly 20 years is my service users – knowing that the work you do is helping someone to stay in their own home is absolutely priceless, that’s job satisfaction as far as I’m concerned. You would never get that kind of feeling or see that kind of reaction in a care home.

“Although we’re there to provide practical care services, for some of the users, someone coming round for a chat and a cup of tea is providing just as much of a valuable service. Human interaction is so valuable, sometimes they want that more than they want you to help them with things like dressing and looking after themselves.”