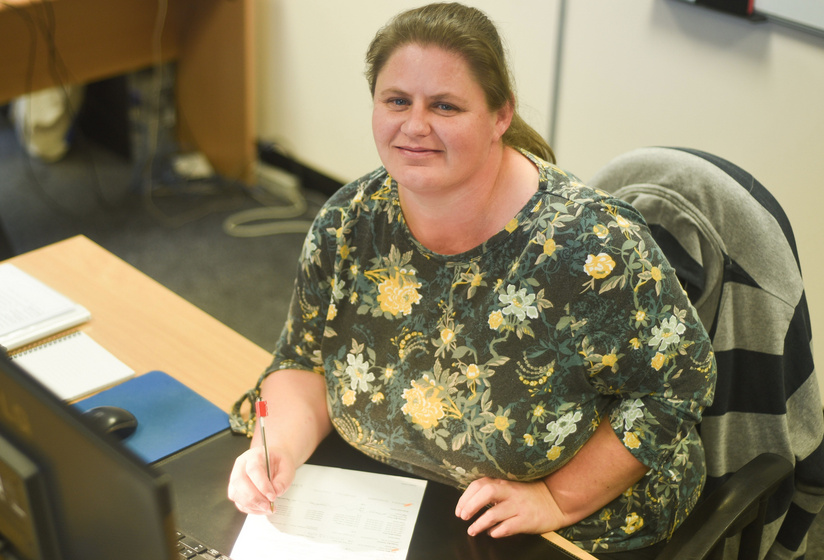 "I switched from plants to people and I've never looked back!" - Thinking of changing your career? Think Extra Hands!

Hayley Claxton is a trainee Registered Manager for Extra Hands, based in the Norwich office, and has been with the organisation for six years, having come to the care sector after a career change.

"Before I joined Extra Hands, I already had an extensive background in caring – but the difference about that was that I was caring for plants in a nursery! I’d done that for nearly 20 years and decided I wanted a career change to the care sector, so first I tried working in a care home but something about it wasn’t quite right, and that’s when I was lucky enough to discover Extra Hands.

"I’d only ever had one interview before I was offered this one, so I felt quite nervous but very quickly I was put at ease, and I was delighted when, at the end of the interview, I was offered the job. Training was very thorough, and done in a lot of different ways, including book work, videos and hands-on practice, both in the classroom and out of the road, and shadowing other carers.

"After two weeks I was out on my own, but it wasn’t at all daunting because I’d already seen how other staff members did the job, and met some of the people I was going to be caring for. Looking after people in their own homes is a pleasure and I soon had a regular round of service users who I was helping with daily tasks, and with whom I built really strong bonds.

"After a year of doing that, I applied for a role as a rapid response carer, which means acting as back-up for the manager or co-ordinator on call. If someone phones in and says they can’t do their jobs that, day, that’s where rapid response steps in. I had to say goodbye to my regulars because the whole point of the new role was that you go wherever the work is needed, but I didn’t mind because the rapid response role is one with great responsibility and a major part of what we do.

"It ensures that whatever happens, all our service users still get a visit and nobody is ever let down. It also has addition roles and responsibilities, like meeting new service users and their families to set up their care plans, reviewing existing care packages and sorting out medication queries.

"I really enjoyed that for two years but then a vacancy for a co-ordinator came up. It was a big decision, so I actually sat down and wrote lists of pros and cons to help me decide whether I should apply for it! It’s an office-based role rather than being out and about visiting, but I already had some knowledge of the computer system and how the office worked, so I was delighted when I applied for it and got the job, with responsibility for the Norwich area.

"That was pretty daunting because at first as I didn’t know the locality that well, but after six months things seemed to fall into place, largely thanks to the great support of everyone else in the office, and the very patient Norwich care team! This is the role I’m doing now, although my patch is now the Holt, Sheringham and Cromer areas. Every day is a new challenge, but it’s nice to be back covering the area where I once worked."