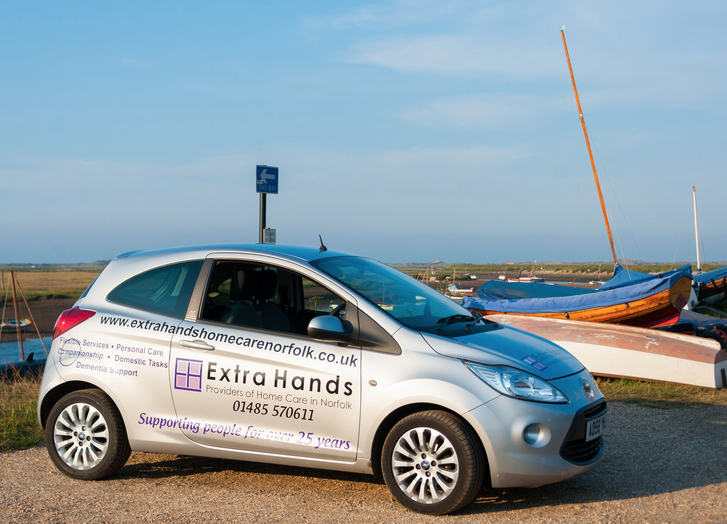 At Extra Hands, we know our carers make a difference every single day to people’s lives.

Our GEM awards - which stands for Going the Extra Mile - are a chance to recognise their dedication in delivering the highest quality care.

Every three months, service users and their families can nominate their favourite carer or tell us about how staff have gone above and beyond their roles to help.

Often it is the attention to small details that make a huge difference, as the nomination for Stella Cason from our Heacham office shows.

She arrived an hour earlier at a service user’s house after the clocks changed so that he wouldn’t be confused by the time difference.

“He was unaware of the effort but the family are aware to keep things running smoothly Stella went that extra step, it was really appreciated. A big thank you,” his family said.

Other nominations for the Heacham office include Daniel Plain, who was praised by the same family for making their dad “feel human again” by trimming his beard and giving him a shave in a gentle way.

Sharon Jarvis was nominated for a GEM award by a service user who highlighted how she cares in an empathetic way:

“She is so caring; she sees things that maybe I cannot manage on a bad day and simply does it….She is everything anyone could want in a carer and I would be lost without her.

“My husband and I feel so lucky to have such an amazing carer who brightens up the dullest day.”

Sheena Callaby was picked out by one service user for proving “unfailing support” for her late mother and for her dad.

“There is nothing she would not do for dad including abandoning her car and trudging through the snow once to visit dad. Dad looks forward to her coming and her visits lift his spirits no end!

“It is such a comfort to us to know she looks after dad as both my sister and I live a hundred miles and more away. She is an absolute treasure!“

Ashleigh Daniels was nominated for her flexibility in accommodating changes to shifts, while Natalie Ely was praised for working extra shifts whenever possible.

Sharon Newman received two nominations for the quality of her care, while Claire Howard, Tina Brett and Lisa Walpole from our Heacham office were also put forward for a GEM award.

Teresa Potter from our Broadland office won a nomination along with Lorraine Childerely, who was praised by a new colleague who shadowed her during an induction period.

“She has been an absolute delight to work with and so supportive and helpful.  I have also seen how much the service users value her kindness and professionalism and everyone we had nothing but praise for her,” she said.

Rarely can the demands on carers, and the need for their services, have been higher, but also, as the GEM Award nominations prove, never have the standards of professionalism shown by Extra Hands staff been higher. To all of you, from the care users, their families, and all of us, thank you.