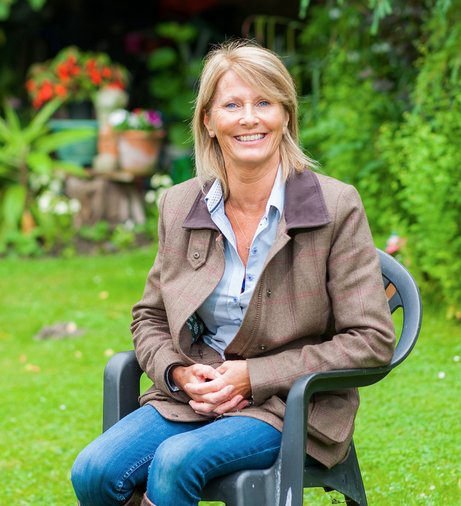 When Julie Jones joined our team as a home care visitor, she only planned to stay for six months – but six years later she has gone out on a high, leaving as the latest GEM award for the Heacham branch.

“Initially I thought I’d do the job for about six months, and at first it was very hard, but the biggest surprise has been how much I loved it,” said the 56-year-old. “The fact I thought I’d stay six months and it ended up being six years says a lot.”

Before joining our team, Julie worked as a secretary in the City of London, and in several jobs involving working with animals, but it was her own family experience of observing carers in action that encouraged her to make the switch, a move which has turned out to be hugely rewarding.

“When my father was unwell, I saw the difference a good carer makes, and that made me want to give a bit back,” she said. “When you think about it, it’s actually a great honour to be trusted to look after someone else’s family member. The care users are all interesting people, and as many of them are older, they are in fact how we’ll be in a few years’ time.”

Sadly, Julie’s own increased family care responsibilities mean that after six years, she has had to leave the job she so loved, but she said the company had done a fantastic job caring for her when she needed it. “They were so good to me and gave lots of time off,” she said. “They were fantastically understanding and supportive.”

And judging by the tone of her nomination for the award, those words can be applied to Julie, too. “Julie has built a great rapport with dad - they laugh and giggle about many things and have built a great friendship,” said one nomination.

“He realises how much she does for him and he calls her a whirlwind. She also has a special gift to give dad the time to talk and the reassurance he needs constantly, recognising when he needs more.”

But whilst these efforts made her stand out from the crowd and earned her the award, Julie admits she has reservations about accepting it.

“As far I’m concerned, it’s a team effort,” she said. “The care user only sees the person who comes to visit but the office staff and the people who work on reception are just as big a piece of the care package, but their roles don’t give them a chance to go the extra mile.

“I’ll miss the place and being part of the Extra Hands family, but they’ve already got me coming back to pick up my award, knowing how I feel about it, so I’m sure we’ll have a right old laugh about it together.”