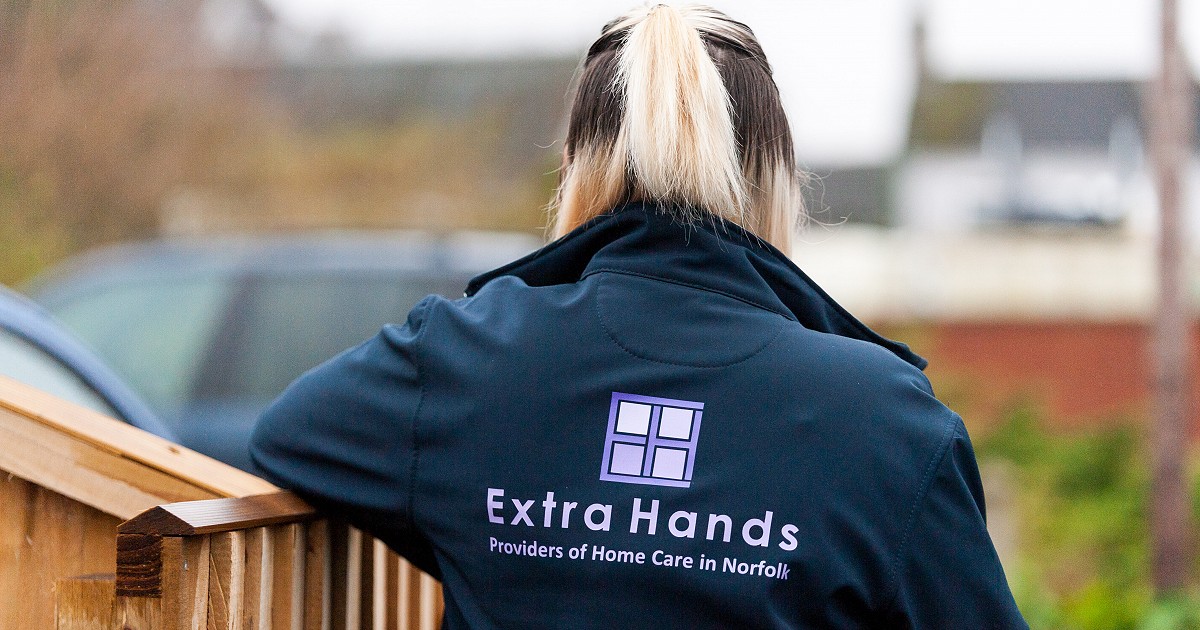 At Extra Hands, we are lucky enough to be blessed with some of the most dedicated and professional carers in the business.

Every three months, we give our service users a chance to show this, by nominating their favourite carers for the GEM award, which stands for Going the Extra Mile, to deliver the highest quality, most thorough care that they can, and as the nominations prove, our wonderful staff do just that, on a regular basis.

Particularly in the time of COVID, every little extra thing our carers do can make a world of difference to service users and their families. One person who was nominated for doing just that is Tracey Sanchez, who was particularly praised by the son of one care user for her actions on the day his mother had a fall that resulted in a serious leg fracture that needed surgery.

“I was very grateful that she was able to attend to her whilst I dealt with the emergency services,” he wrote. “It was immediately obvious to me that Tracey had a natural rapport with my mother and her professionalism and kindness shone through.

“Whilst she would probably say that it was ‘all in a day’s work’ to her, this particular day was a bit of a nightmare for us all! Thank you Tracey for your calming presence.”

Sue Symington was also picked out for how much positivity she brought to the life of one care user. “Sue is caring and thoughtful to all the needs of our mother,” the nomination said. “She goes above and beyond her normal caring responsibilities for a person who is just there to see to one’s personal needs. She is always there to have a chat and cheers Mum up every morning. She goes that extra mile for mum, and also other people she cares for. She really is one in a million.”

Nicki Cameron was picked out for praise because “she's very kind and importantly shows a lot of initiative. For example, if she sees something that needs doing, she will tell me and then solve the problem herself - something that can't always be said for everyone,” said one nomination.

“It's always a pleasure to see her and she manages to follow my instructions very diligently, which is very much appreciated when I want to do things myself but can't.”

Simon Boston and Julie Jones won praise for the reassurance they brought to someone who lives far away from their father. “You all communicate whilst I am talking to dad via FaceTime, which helps to check on groceries and all shopping, medication and anything else that arises – it really puts my mind at ease,” the nomination said. “I find it difficult caring from a distance 80 miles away but with the help and attention all your careers give really helps to give my family reassurance.”

Sally Sharp, Leanne Jolly, and Tricia Edgeley were also picked out for high praise by very satisfied care users and their families.

Rarely can the demands on carers, and the need for their services, have been higher, but also, as the GEM Award nominations prove, never have the standards of professionalism shown by Extra Hands staff been higher. To all of you, from the care users, their families, and all of us, thank you. 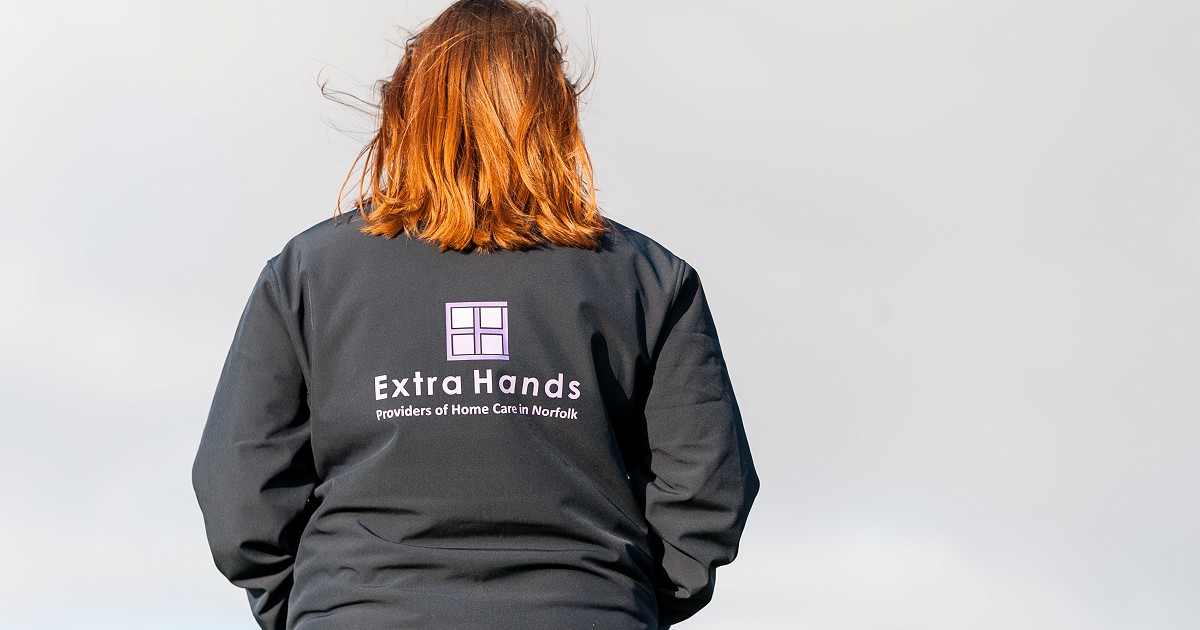 At Extra Hands, we know we have wonderful staff who are always willing to go the extra mile.

It’s no surprise that we receive so many nominations for our quarterly GEM awards, which give service users and their families the chance to say thank you to their favourite carer or someone who has provided extra support or help during a difficult time.

Kendra Lyne was nominated by a family after their dad had to be admitted to hospital. She was praised for helping to get him urgent medical attention, including personally contacting his GP.

“As a family, we think very highly of the wonderful way that she has cared for my father over the past year or so…he responds so well to Kendra’s particular style and it wouldn’t be an exaggeration to say that as well as providing the highest possible level of care, she has been a genuine friend,” the family member wrote. “Due to Kendra’s persistence and thoroughly professional approach to her job, paramedics were called and dad transferred to hospital where the problem was resolved.”

The extra help given by Joanne Warrent when one service user became unwell was praised by a family member, who wanted her to be recognised with a GEM award.

“Recently my father-in-law became unwell just before her visit. Joanne stayed…for much longer than her usual time and treated him with a kindness and was so gentle as he was in pain. She put [him] at ease at a difficult time for him and the family…We wanted to say an extra thank you to Joanne.”

Dana Wright was put forward for a GEM award for her devotion to her work, which was described as “remarkable” in the nomination:

“She always found time to chat…and listen… on every occasion. We both felt so lucky to have her help, and are sure that she will have a great future as a truly sympathetic member of the Extra Hands team.”

Lorraine Childerly and Mark Potter both won praise in one nomination, which said: “They are both always cheerful, chatty and helpful. They almost feel like part of our family.”

Deborah Edwards was highly praised by the son of a service user, who said her help and support means everyone feels reassured.

“By ensuring that mum has the items she needs from the shops Deborah helps mum overcome the anxiety she feels about not being able to support herself. Knowing this I can feel confident that all is well on Deborah's visit days,” he said. “Thanks Deborah, you’re a gem.”

Helene Finney was also put forward for an award by a service user who was impressed by her professional and cheerful nature.

“She is punctual, efficient and has a likeable personality. She arrives regularly on time and cleans, cooks well, and manages the laundry well too…She is always reliable and has made life more pleasant for me,” the nomination said.

Another deserving nomination was for Kate Davies, who has built up a great rapport with a service user with dementia.

"She is very much in tune with mum’s needs regarding her dementia…She is consistently professional in her work but has a gentle and caring approach,” a family member wrote.

“Whenever Kate calls we always know that everything will be completed perfectly and mum will be fine. It leaves us feeling very reassured and confident.”

Other staff who have been put forward for a GEM award in recognition of their excellent caring skills and dedication to the job include Tracey Coyle, Sheena Callaby, Hayley Tompkins, and Ana Capillanes.

Many congratulations to all our staff who have been nominated - we would like to also say a big thank you to them and to all our carers who we know provide such an excellent and vital service.

December saw the end of a year like no other when it comes to demands place on carers, and for many of our staff it was made all the most demanding by the additional services that they took it upon themselves to supply for service users.

This devotion above and beyond the call of duty is why we set up the GEM awards, for staff who go the extra mile, and with candidates being nominated by care users and their families, it is a great way for the company to see just discover just how dedicated and professional staff are being on their daily rounds.

When one of Jemma Arnold’s regulars who uses a hoist to get out of bed suffered a power cut, Jemma took the device home with her to charge it up, so the lady was able to use it the following morning.

Another user said it was “a joy to be cared for by Sharon Crater,” because of her good humour, her attention to detail and her willingness to help out even if it is out of her work hours.

“As she left after a recent care visit, she saw someone come to deliver a consignment of boxes to the house and got our of her car to help bring the delivery in for me, and store it away, meaning the delivery driver did not have to come in the house,” one nomination said.

Laura Janikunaite was described as “kind, loving and caring. I couldn’t wish for a better young lady".

“From the moment she enters the door, she has a smile and will always do extra jobs,” the nomination continued.  “We are such good friends and I miss her when on her well-earned days off. A truly helpful person, a lovely lady.”

Donna Eastaugh was praised for “always striving to be positive. She is warm and friendly and we share lots of laughs".

“Over the years there are so many examples of where she has gone the extra mile for me,” said a long-term service user. “It just seems to come naturally to her to see a need and to deal with it.”

Vygante Green and Lorraine Childerley were also picked out for their willingness to see what needs doing, and brightening service users’ days with their positive attitude.

Tony Lasham was praised for his ready smile, reliability and efficiency, even down to the level of taking meter readings for people, while another service user said they knew family members “could not be in more capable hands”

Susan Symington was praised for her willingness to go on errands and do little extra jobs that made a big difference, and for her friendly attitude brightening up users’ days.

“She truly deserves the GEM award she is in all senses an absolute gem,” said another satisfied customer.

Dawn Daniels’ frequent laughter and “straight forward, professional approach to life” saw her nominated. “She is well respected by the other carers, and a good team worker, many seek her advice and she also gives support to new carers,” her nomination said.

The amount of names put forward, and the wide variety of testimony provided by satisfied customers, is a huge tribute to the supreme dedication displayed on a daily basis by the staff at Extra Hands.

The nomination process is a chance for service users to say thank you, and the awards are the company’s own way of expressing its gratitude for the way in which employees strive to keep its reputation as high as possible.