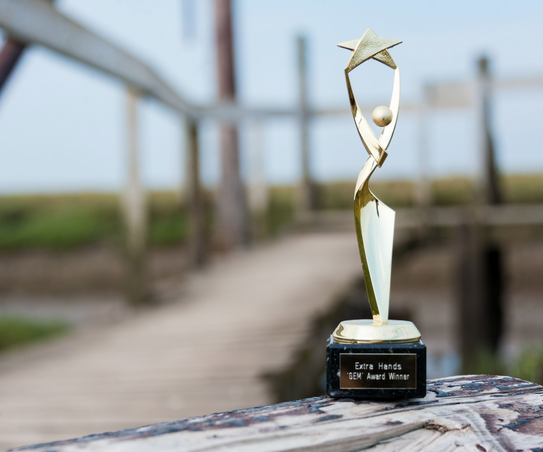 Smile and the world smiles with you, says carer Jools

Loving your job and having a smile on your face is the key to success in the workplace. At least so says one of the winners of our inaugural GEM awards.

Jools Saunter, who works out of the Broadland office, has been with the company for five years and said news of her Going the Extra Mile award came as a total shock.

“There are so many other people I can think of who could have won this award, so the news came as a total surprise to me,” she said. “A while back we were told they were going to have the awards but I didn’t give it a second thought until one day I have a phone call saying ‘guess what, you’ve won’.”

Such a seal of approval was clearly less of a surprise for her appreciative service users. “She always goes the extra mile, she is brilliant and will always help me sort anything out without hesitation,” said one of the users who nominated her.

“She is worth her weight in gold and I am sure other clients feel the same about her. Nothing is too much hassle for Jools.”

There is no great secret to the job, she says, other than doing what is required, with a smile. “You need to be patient and a good listener, as a lot of users get lonely and might need cheering up, so I just try to be kind,” she said.

“It’s really important to be happy and cheerful, and put them at ease at times when family might struggle to get to visit them as often as they usually do.”

The other GEM award winner was Sharon Jarvis, from our Heacham office, who has been with Extra Hands for 18 years.

Both winners will receive a trophy and gift vouchers as their prize, and as a sign of the company's appreciation of the work they have put in, providing the best possible user care and helping to maintain the company's reputation for professionalism and service.

It is wonderful to read how much our carers are appreciated and how far they go to ensure our service users and their families receive an outstanding service from them. We are really proud of everyone who was nominated and look forward to reading the next batch as they can now be sent for the second GEM Awards.