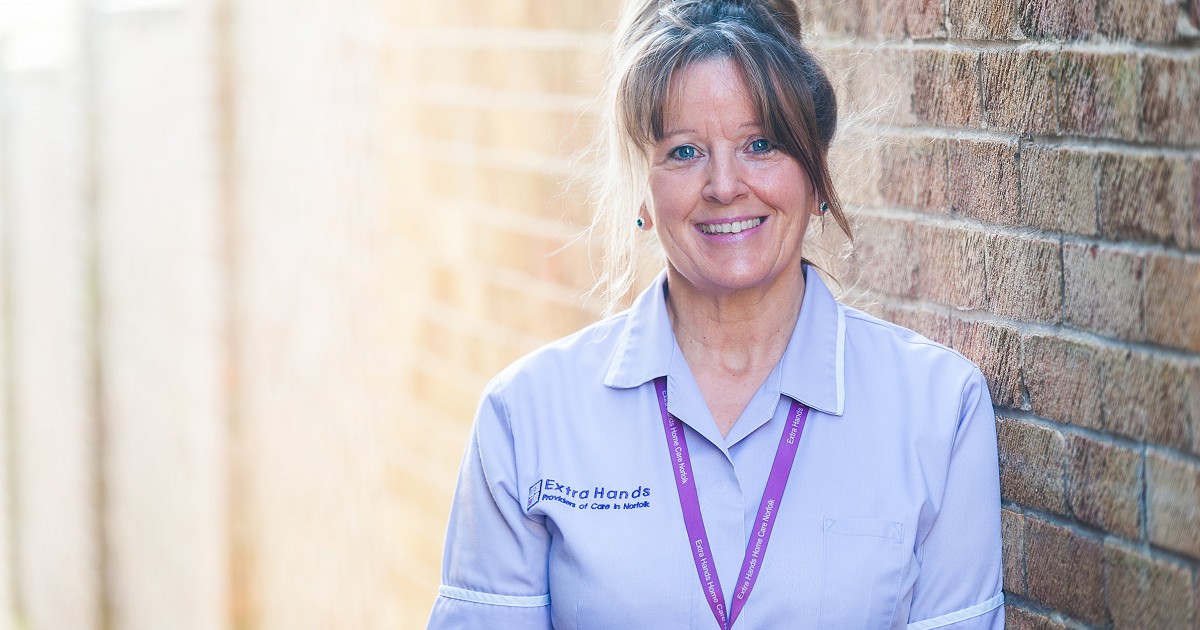 Award-winner Debbie is a precious asset

Carer Debbie Underwood has been hailed as someone to be treasured after being named as a GEM by her service users.

King's Lynn resident Debbie works out of our Heacham office and is the latest recipient of our GEM Awards. "If the world had more people like Debbie, it would be a far better place,” said one of Debbie’s nominations.

Another was equally glowing, praising her for her dedication to duty even during the recent snow.

“Debbie lights up my life with her cheerful soul. She is gentle, patient, kind and very funny,” the nomination read. “She lifts my spirits on a bad day, is supportive and understanding about mental health and no task is too small for her.

It continued: “Even the rough weather doesn't stop Debbie turning up for work. When her car got stuck in the snow, her first thought was for her clients, getting to her first client on time and making sure that they were okay.”

Debbie, originally from Essex, has been with us for two years, having previously worked in a care home.

“The pandemic has put a lot more pressure on us carers and we’ve had to take on more responsibilities, especially for service users, so we’ve had no option but to carry on,” she said.

“The main thing we have to do is make sure that they’re safe, and that they feel alright. There are a lot more things to do now, and with family not necessarily being able to visit, we have to liaise with them as well, but I think the public in general have a much better understanding of what we as carers do.

“There have been quite a few times when I’ve been out on my rounds, and when people have seen me get out of the car, they’ve said thank you for what we’re doing. That’s so nice to hear, it really helps.”

She added: “This is by far the best place I’ve worked - nothing is ever a problem and they’re such a good company in the way they train and treat you as staff. That really makes a difference - if we’re happy when we go out to work, then our clients will be as well.”

Debbie was bashful about being nominated by service users as an award winner, insisting she was just being professional.

“People say I’m kind, and that I’m always willing to help, no matter what I ask – I tell them it’s not a big deal, we all do that!,” she said.

“Even if it’s a last-minute thing as I’m going out the door, I’ll always stop and do whatever needs doing so I know I can walk away with a smile on my face and the knowledge that I’ve done everything I can to set them up for the day.

“It was so nice to be nominated. People always tell me that I’m a happy smiley person, and that they’re happy to see me, so I really appreciate it that they said it to someone else too, and I ended up winning this award.”

The GEM Award winner from our Broadland office was Lorraine Childerley, who was described as “going the extra 10 miles, not just one”.